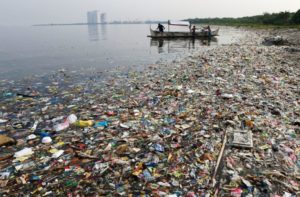 There’s no denying that plastic really has changed the face of the 21st century. It has made possible

the development of circuit boards, insulation, mobile phones as well as many of the modern advances in medicine. It has reduced the amount of fossils fuels used in heating and can be found in nearly all modes of transportation. Most importantly the mass production of plastic has reduced the cost and subsequently raised the standard of living around the world.  We take so much of the convenience awarded to us from plastics for granted that it’s difficult to imagine that it’s less than a century old.1 By replacing natural materials with synthetics it has made many of our belongings cheaper, lighter, stronger and most importantly safer.

But why is it a problem?

Disposable plastic is incredibly convenient. However once it enters landfill or is washed into the ocean the plastic lasts forever. It is these one-use disposable plastics that are such a significant problem. Studies have shown that at the current rate, the ratio of plastic to fish in the ocean will be at 1:1 by 2050 (by weight). This is an astonishing fact, and made even worse when you consider that much of this is made up from micro-plastics which are regularly ingested by marine life.

Where does it go?

A worldwide study of the lifecycle of plastic determined that somewhere between 5 and 13 million metric tonnes of plastic end up in the ocean each year. However while we have a rough idea as to the amount of plastic that ends up in our seas we still know very little as to where the vast majority of it ends up.

Somewhere between 10-250,000 tonnes is known to be floating on the surface…which raises the obvious question, where does the rest of it end up?

Some of the smaller pieces, like the plastic microbead, which are found in everything from face scrubs to thermal jackets, end up consumed by bottom dwelling animals and filter feeders. Some of the larger pieces accumulate together into large floating fields of rubbish, like the commonly referred to Pacific Garbage Patch. But these together only account for a small proportion of the total volume in the ocean.

It is not fully understood where the rest of the plastic of the ocean is hiding, but the most common theory is that it is breaking down into particles smaller than we are able to visibly detect, with a huge proportion in the stomachs of wildlife.

Wherever it ends up, there is no positive outcome, and ultimately it is the marine life that will suffer the most. Over 1 third of all turtles in the world are estimated to have eaten plastic in one form, with 6 of the 7 species of turtle now globally endagered or vulnerable. In addition to the turtle there are almost 700 marine species documented to have consumed plastic in some form.

Whilst it’s true that plastic is killing our wildlife, polluting our beaches and making it’s way back into our foodchain…it’s not all doom and gloom. There are several solutions which have been proposed, with varying difficulties.

From a wider perspective if we can begin to make plastic valuable again then we would be less inclined to discard it so flippantly after a single use. Plastic deposit systems have been shown to reduce plastic entering the waste stream by 40%. Several countries around Europe adopt this strategy to varying degrees of success but it is most effective in poorer areas where plastic waste is most common.

Legistlation and policy changes from those in positions of power is one of the most effective methods to reducing plastic waste. Kenya recently banned the sale or possession of all plastic bags in the country with incredibly positive effect. The plastic bag charge here in the UK has also made great headway, but there is so much more that can be done.

The Plastic Pollution Coalition is campaigning to reduce all plastic packaging, whilst several large corporations are vowing to use solely recycled packaging by 2025. As individuals it can sometimes seem like we are completely powerless to bring about change. At Plastic Relief we strongly believe this not to be the case, it is through individual action alone that change will come about. Even the Queen herself has banned plastic bottles from the royal estate!

Please have a look through our ‘Changing Behaviour’ section for some simple pieces of advice that you can follow to help fight this global problem.