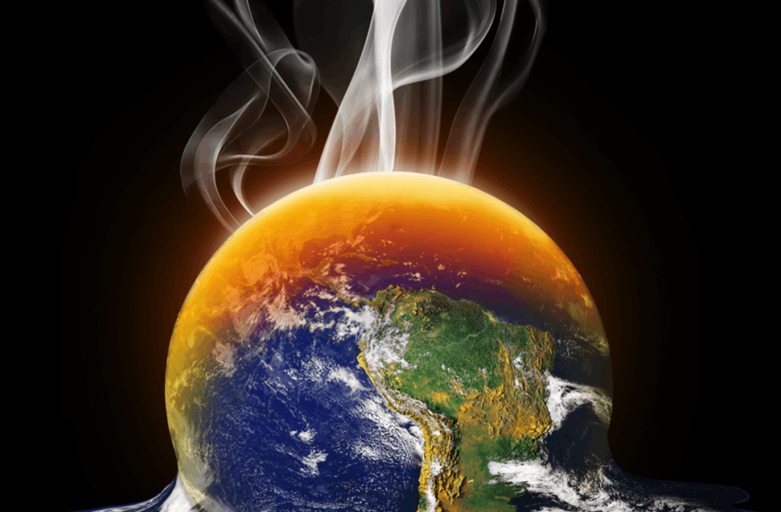 It is real and it is already happening

Human-caused climate change has already been proven to increase the risk of floods and extreme rainfall, heatwaves and wildfires with implications for humans, animals and the environment.

And things aren’t looking good for the future either. With the concentration of carbon dioxide (CO2) in the atmosphere projected to maintain an average 411 parts per million (ppm) throughout 2019, there is a long way to go before the ambitious goals of the Paris Agreement are met. To put this into context: atmospheric CO2 hovered around 280 ppm before the start of the Industrial Revolution in 1750 – the 46 per cent increase since then is the main cause of global warming. Reliable temperature records began in 1850 and our world is now about one degree Celsius hotter than in the “pre-industrial” period.

The Paris Agreement focuses on keeping the global temperature rise in this century to well below two degrees Celsius above pre-industrial levels – ideally to 1.5 degrees Celsius – to avoid “severe, widespread and irreversible” climate change effects. But, if current trends continue, the world is likely to pass the 1.5 degrees Celsius mark between 2030 and 2052 unless it finds a way to reach net zero emissions.

Here’s everything you need to know about where we are with the climate crisis.

1. Our summers and winters keep getting warmer

San Francisco, British Columbia and Delhi all reported all-time record June temperatures this year, suggesting heatwaves are beginning anew in the Northern Hemisphere this summer. In 2018, the UK experienced the hottest summer since 2006 and a scientific study into last year’s data showed that such heatwaves are now 30 times more likely due to climate change.

And all of this is set to become much more common. There is a 12 per cent chance of average temperatures being as high as the UK experienced last year; this compares with a less than half a per cent chance that would be expected in a climate without human-caused climate change.

But the country is not only experiencing soaring temperatures in summer. Temperatures of 21.2 degrees Celsius were recorded in London’s Kew Gardens on February 26, 2019. It was the warmest winter day the UK has ever experienced. Parts of the country were hotter than Malibu, Barcelona and Crete. Milder winters can have detrimental effects on hibernating mammals, migratory birds and flowering plants.

2. Indonesia will move its capital city as its current one is sinking

Sea levels are rising at the fastest rate in 3,000 years, an average three millimetres per year. The two major causes of sea level rise are thermal expansion – the ocean is warming and warmer water expands – and melting of glaciers and ice sheets that increases the flow of water. Antarctica and Greenland hold enough frozen water to raise global sea levels by about 65 metres if they were to melt completely. Even if this scenario is unlikely, these ice masses are already melting faster. And island nations and coastal regions are feeling the impact.

Earlier this year, Indonesia announced its plans to move the capital city away from Jakarta. Home to over ten million people, some parts of Jakarta are sinking as much as 25cm per year. Jakarta’s precarious position is thanks to a combination of two factors – rising global sea levels and land subsidence as underground water supplies have been drained away to meet water needs.

This grim picture is repeated elsewhere too. In the Pacific, at least eight islands were swallowed by the sea in the last century, with Tuvalu, Kiribati and the Marshall Islands feared to be the next low-lying nations to be wiped off the map.

3. Average wildlife populations have dropped by 60 per cent in just over 40 years

The average size of vertebrate (mammals, fish, birds and reptiles) populations declined by 60 per cent between 1970 and 2014, according to the biennial Living Planet Report published by the Zoological Society of London and the WWF. That doesn’t mean that total animal populations have declined by 60 per cent, however, as the report compares the relative decline of different animal populations. Imagine a population of ten rhinos where nine of them died; a 90 per cent population drop. Add that to a population of 1,000 sparrows where 100 of them died – a ten per cent per cent decrease. The average population decrease across these two groups would be 50 per cent even though the loss of individuals would be just 10.08 per cent.

Whatever way you stack the numbers, climate change is definitely a factor here. An international panel of scientists, backed by the UN, argues that climate change is playing an increasing role in driving species to extinction. It is thought to be the third biggest driver of biodiversity loss after changes in land and sea use and overexploitation of resources. Even under a two degrees Celsius warming scenario, five per cent of animal and plant species will be at risk from extinction. Coral reefs are particularly vulnerable to extreme warming events, their cover could be reduced to just one per cent of current levels at two degrees Celsius of warming.

4. There’s more carbon dioxide in our atmosphere than any time in human history

In May, sensors at the Mauna Loa observatory in Hawaii – which has tracked Earth’s atmospheric concentration of CO2 since the late 1950s – detected a CO2 concentration of 415.26 ppm. The last time Earth’s atmosphere contained this much CO2 was more than three million years ago, when sea levels were several metres higher and trees grew at the South Pole. Scientists have warned that carbon dioxide levels higher than 450ppm are likely to lock in catastrophic and irreversible changes in the climate. Around half of the CO2 emitted since 1750 has been in the last 40 years.

Earth Overshoot Day is a symbolic date on which humanity’s consumption for the year outstrips Earth’s capacity to regenerate those resources that year. The calculated date is getting earlier each year. It is July 29 in 2019; in 1999 it was September 29. The cost of this overspending includes deforestation, soil erosion, overfishing, and CO2 build-up in the atmosphere, which leads to global warming, more severe droughts, wildfires and other extreme weather events.

6. Dengue fever could spread through much of southeastern US by 2050

Dengue is the world’s fastest-growing mosquito-borne virus, currently killing some 10,000 people and affecting around 100 million per year. As global temperatures are rising, Aedes aegypti mosquitos that carry the disease could thrive in places that were previously unsuitable for them and benefit from shorter incubation periods. A recent study published in the scientific journal Nature warned that, in a warming world, dengue could spread to the US, higher altitudes in central Mexico, inland Australia and to large coastal cities in eastern China and Japan.

7. Two-thirds of extreme weather events in the last 20 years were influenced by humans

The number of floods and heavy rains has quadrupled since 1980 and doubled since 2004. Extreme temperatures, droughts and wildfires have also more than doubled in the last 40 years. While no extreme weather event is never down to a single cause, climate scientists are increasingly exploring the human fingerprints on floods, heatwaves, droughts and storms. Carbon Brief, a UK-based website covering climate science, gathered data from 230 studies into “extreme event attribution” and found that 68 per cent of all extreme weather events studied in the last 20 years were made more likely or more severe by human-caused climate change. Heatwaves account for 43 per cent of such events, droughts make up 17 per cent and heavy rainfall or floods account for 16 per cent.

8. Carbon emissions from energy use are rising at the fastest rate since 2011

Extreme weather is driving up demand for energy. Carbon emissions from global energy use jumped two per cent in 2018, according to BP’s annual world energy study. This was the fastest growth in seven years and is roughly the carbon equivalent to increasing the number of passenger cars worldwide by a third. The unusual number of hot and cold days last year resulted in increased use of cooling and heating systems powered by natural gas and coal. The energy sector accounts for two-thirds of all carbon emissions.

The world’s tropical forests are shrinking at a staggering rate, the equivalent of 30 football pitches per minute. Whilst some of this loss may be attributed to natural causes such as wildfires, forest areas are primarily cleared to make way for cattle or agricultural production such as palm oil and soybeans. Deforestation contributes to global carbon emissions because trees naturally capture and lock away carbon as they grow.

When forest areas are burnt, carbon that took decades to store is immediately released back into the atmosphere. Tropical deforestation is now responsible for 11 per cent of the world’s CO2 emissions – if it were considered a country, tropical deforestation would be the third-largest emitter after China and the US.

10. The UK will likely miss its transport emissions targets

There are about 210,000 electric vehicles in the UK. Although there is a steady growth in demand, only two per cent of households own a hybrid and just one per cent have an all-electric car. The UK has set a net zero target for transport emissions meaning all cars and vans on its roads will have to be all-electric by 2050, but if the country is to stand any chance of achieving these ambitious plans, tens of millions of petrol and diesel cars will have to be replaced.

In a recent letter to the Committee on Climate Change, experts warned that, based on the latest battery technology, the UK will need to import almost as much cobalt as is consumed annually by European industry, three quarters of the world’s lithium production, nearly the entire global production of neodymium, and at least half of the world’s copper production. There are currently 31.5m cars on UK roads, covering more than 400 billion kilometres per year. 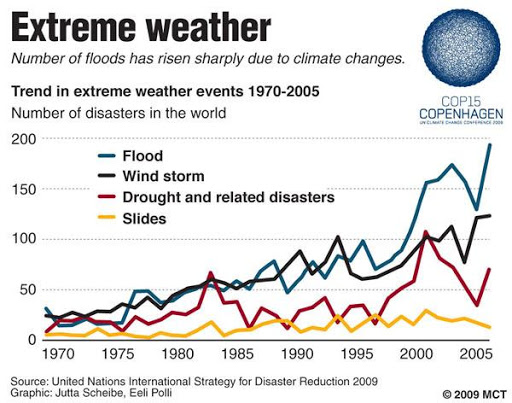